The short film Sweet Dreams is selected for the 20MIN|MAX International Short Film Festival Ingolstadt, Duitsland.
“We are happy to screen Sweet Dreams in our “Wettbewerbsrolle 1” (competition role 1) on Monday, 6th of June, at 8 pm in Audi Programmkino Ingolstadt.”

Zeeuws Meisje can be seen during the Film by the Sea Festival. The film is shown in the program called Zeeuws Luik by PZC and stands a chance of winning the jury award and the audience award.

Film by the Sea

Together with Charly Luske, Truus de Boer and Tom de Jong, Ilse plays in the film Tot Zondag, made as part of the 48 Hour Film Festival in Rotterdam.

Lilian, a short film by José Bibian, opens on Friday 19 June. Ilse plays the part of Mathilda by the side of Sytse Faber and Jade Yilmazoglu. The film will be shown on festivals.

Ferry Somoyi is the leading man in this film written by and directed by Perry Mulder. Instead of arriving in a limousine, he made his entrance by riding his motor bike onto the red carpet. Danny Vera and his band finished up in festive style. Film Festival Zeeuws-Vlaanderen continues until Sunday April 19 and the film will be shown twice a day.

END_OF_DOCUMENT_TOKEN_TO_BE_REPLACED

With actor Chris van der Wal and presenter Klaas Drupsteen, Ilse performs in the film Fragment #65 by Bregje Benecke and Jochem Bootsma in cooperation with VPRO.

A laid-back radio conversation between a caller and a presenter takes a turn when the caller comes up with a disturbing memory.

Ilse will be the leading lady in the new cartoon series Amsturdam, playing the part of Faye.

The cartoon is about student life in Amsterdam, in which the characters experience familiar daily situations, accept challenges and need to solve problems.

On top of that, Amsturdam is a cartoon aiming at promoting the city by showing its beautiful spots, unique architecture and sparkling night life. It wants to show daily student life and to break taboos. 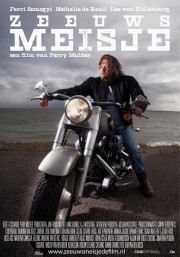 The film Zeeuws Meisje will have its premiere and be the opening film on April 14 during the Film Festival Zeeuws-Vlaanderen that takes place from April 14 to 19.

In this zeeuws (meaning: from the Dutch province of Zeeland) road movie, Timo from Rotterdam (a role by Ferri Somogyi) comes to look for his zeeuws roots, after having heard on his father’s dying bed side that he has another mother.

This shakes Timo’s world and after being persuaded to do so by his half-sister (a role by Ilse van Kollenburg) he goes on a quest to find his original zeeuws mother. Clutching her address, he leaves the big city for Zeeland on his motor bike.

Ilse is going to do voice-over work for SBS6. She will be the voice of the new sports program Fit op 6.

Fit op 6 is a weekly sports show about sports, moving and fitness. In an informative and active way, it will show all trends in this field. From new to existing sports, from sport equipment to sport nutrition and from sport doctors to sport dieticians.

“In Landinwaarts Dieuwertje Blok explores the gems of local culture and tradition. From remarkable festivals to hidden natural open air theatres, from local dishes to unheard-of museums. Famous artists will tell about how they were inspired by their region. Landinwaarts shows how rich Dutch culture is by exploring the region thoroughly.” END_OF_DOCUMENT_TOKEN_TO_BE_REPLACED

Ilse has been asked to participate in FLOW, a new theater show written by Karolien Berkvens and directed by Leon Voorberg. The leading parts will be played by Michiel Varga and Tim Winkel.

In January 2015 the show will be performed for the first time, for invited people only, at Ro Theater in Rotterdam.